934 120 232
Gremicat > What are the benefits of delaying ordinary retirement?

What are the benefits of delaying ordinary retirement? 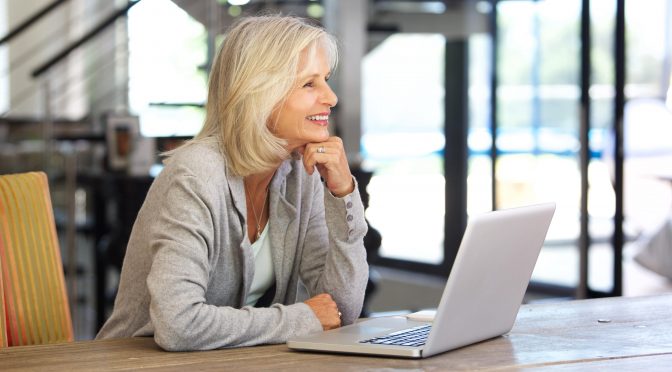 Workers who delay their retirement will be able to collect an additional percentage of 4% for each full year contributed since the date on which the legal retirement age was reached.

They may also substitute this increase for a lump sum for each additional full year contributed,or combine both options.

What is delayed retirement?

Voluntary delayed retirement is the possibility recognized for workers (self-employed or employed) to extend their working life once they have reached the ordinary retirement age, and therefore they will be able to access a series of benefits in their future retirement pension.

Novelties in the Delayed Retirement for

– Exemption from paying contributions for common contingencies -with the exception of temporary disability arising from such contingencies- is provided for employees who have reached the age of access to the retirement pension. The exemption will also include contributions for unemployment, the Wage Guarantee Fund and professional training. The periods in which this exemption is applicable will be computed as having been contributed for the purposes of access and determination of the amount of the benefits.

– Likewise, self-employed workers who are 65 years of age or older will be exempt from paying social security contributions, except for temporary disability and professional contingencies.

– The payment of an economic supplement is stipulated for those workers who continue to work even though, at the time they reach the ordinary retirement age, they meet the contribution requirements that would allow them to access the retirement pension. This supplement will not be compatible with access to active aging and may be received in any of the following ways, at the choice of the interested party:

a) An additional 4% on each full year contributed between the date on which the retirement age was reached and the event giving rise to the pension.

c) A combination of the two above (pending regulatory development).

What advantages does delayed retirement beyond the normal retirement age offer workers?

As of January 1, 2022, a person who voluntarily delays retirement will receive a financial supplement to his or her pension when he or she decides to retire. He or she will be able to choose from this range of options:

1. An additional percentage of 4% for each full year contributed after reaching the ordinary age, which will mean an increase in the amount of the pension.

2. A lump sum per year contributed, which will depend on the number of years contributed at retirement age, ranging from approximately 5,000 to 12,000 euros. It is received at the time of retirement.

3. A combination of both.

How are they received?

En In option 1 the additional percentage will be received when the individual retires, applying the corresponding percentage increase to the pension received each month for the rest of his or her life.

An example: A person who at age 66 has reached the ordinary retirement age due to the years contributed and decides to work until age 69 through the mechanism of delayed retirement, i.e., three additional years in total. If his initial pension in the event of retirement at 66 had been 1,500 euros per month (100% of his regulatory base), this person would receive an initial pension of 1,680 euros per month for extending his activity by 3 years. These 180 euros more in their initial pension correspond to the 12% increase calculated on their regulatory base (4% per year that their retirement has been delayed).

In option 2, you can choose to receive a lump-sum payment at the time of retirement. The amount of this check varies according to the number of years of contributions credited on the date on which the ordinary retirement age was reached.

– If you have contributed less than 44 years and 6 months, the following formula will be applied:

– If you have contributed at least 44 years and 6 months, the above figure is increased by 10%:

In this case and for an initial pension also of 950 euros per month, the amount of the check would be 6,427.58 euros for each year that you delay your retirement.

Option 3: It is possible to reduce the lump sum payment and the percentage that will be added to the future regulatory base in order to enjoy both benefits at the same time.

If I belong to passive classes, can I opt for delayed retirement?

Yes, the advantages of retiring some time after reaching the ordinary age also benefit members of passive classes. They can also choose between an additional 4% on their pension per “extra” year worked, a lump sum between 5,000 and 12,000 and a combination of both.

Are there any benefits for companies?

What requirements must I meet to access delayed retirement?

There are three requirements and they must be met at the time of application:

– To have contributed, at least, 15 years to the Social Security.

– Have reached the minimum age for ordinary retirement for the current year.

Are there any limitations?

This type of retirement is incompatible with other modalities such as active, flexible or, logically, early retirement.

You can contact this professional office for any doubts or clarifications you may have in this regard.