934 120 232
Gremicat > Are invoices issued on paper and subsequently sent by e-mail valid?

Are invoices issued on paper and subsequently sent by e-mail valid? 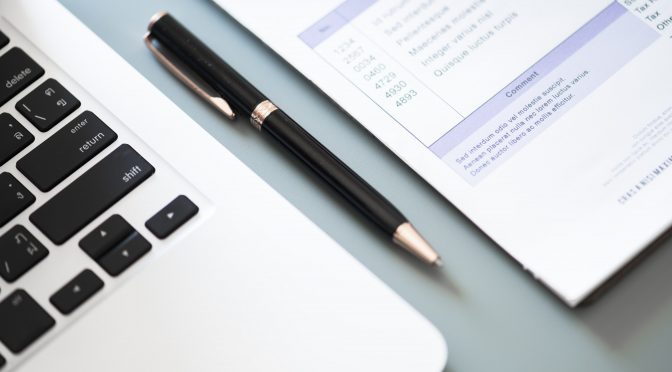 Whether an invoice scanned in physical format will be considered as an electronic invoice depends on whether the scanning or digitalization is performed by the issuer or by the recipient of the invoice.

The Directorate General of Taxes (DGT) has recently resolved that the consideration as an electronic invoice of an invoice scanned in physical format will depend on whether this scanning or digitalization is carried out by the issuer or by the receiver of the invoice.

The Directorate General of Taxes (DGT) has issued a binding consultation V0666-22, dated March 28, 2022, with which it clarifies what should be considered an electronic invoice, in the specific case of those persons who issue their invoices on paper with double copy, and subsequently enter the information of the invoices in an electronic file that they send by e-mail to their addressee.

The content of the invoice issued electronically is identical to that of the traditional invoice, and the minimum details that must be included are set forth in Article 6 of the Invoicing Regulation.

However, Article 10.1 of the Invoicing Regulation makes special mention of the ways of issuing electronic invoices, limiting them in order to authenticate their originality:

– It can be issued by means of an electronic data interchange, provided that the agreement relating to this interchange provides for the use of procedures that guarantee the authenticity of the origin and integrity of the data.

– They may be issued by other means that the interested parties have communicated to the State Tax Administration Agency prior to their use and have been validated by the same.

In addition, Article 9 of the Invoicing Regulation concludes that generically “an electronic invoice shall be understood as an invoice that (…) has been issued and received in electronic format”

Are the invoices scanned, digitalized and sent to the client electronic invoices?

The DGT has answered in this consultation to a natural person who develops an economic activity and issues his invoices in paper with double copy, and later introduces the information of the invoices in an electronic file that he sends by e-mail to his addressee, answering on the validity of the system of issuing invoices.

Specifically, the DGT states that:

From the information provided in the consultation letter, it is not known exactly whether the invoice is delivered on paper or only by e-mail, therefore, being valid both paper and electronic invoices as previously indicated, it will only be considered as an electronic invoice when it has been issued and received in electronic format and meets all the requirements established in the aforementioned Regulation”.

In conclusion, the consideration as an electronic invoice of an invoice scanned in physical format will depend on whether this scanning or digitalization is carried out by the issuer or by the receiver of the invoice.

Law 11/2021, of July 9, on measures to prevent and combat tax fraud introduced a new paragraph j) to Article 29 of the LGT, regulating the formal obligations of taxpayers, worded as follows:

“(j) The obligation, on the part of producers, marketers and users, that the computer or electronic systems and programs that support the accounting, invoicing or management processes of those who carry out economic activities, guarantee the integrity, conservation, accessibility, legibility, traceability and unalterability of the records, without interpolations, omissions or alterations of which there is no due notation in the systems themselves. Regulations may establish technical specifications to be met by such systems and programs, as well as the obligation for them to be duly certified and use standard formats for their legibility”.

This does not mean that a series of standardized programs approved by the Tax Administration must be used, but rather that the accounting programs must have verification control mechanisms. In this way, the DGT reminds us in the aforementioned consultation that:

“The regulatory development mentioned in article 29.2.j) is currently being processed so the way to fulfill the obligations established in said article is still pending approval, for the purposes of the development and definition of the requirements to be met by the computer or electronic systems and programs, as well as, if applicable, the way to certify them”.